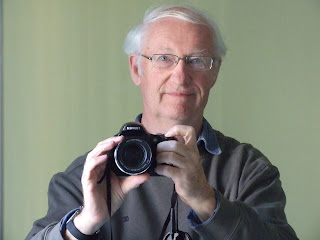 Roger Turner is an architect and a garden designer.

As an architect he worked in practices in Gloucestershire, London, the West Midlands and Greater Manchester, working mostly on schools, housing and a museum. As a garden designer he won a competition to design a garden for The Sunday Times at the Chelsea Flower Show in 1983, and designed two of the theme gardens at the garden festival at Ebbw Vale in 1992. A gallery of his work can be seen on www.rogerturnergardendesign.co.uk.
Posted by Roger Turner at 12:53